We cover the WEST and the REST of the WORLD OF PAGEANTRY.... BEST!!!

About the World of Pageantry!

The administrator and webmaster for the World of Pageantry is Dave Schaafsma, username Bandmaster on the Pageantry Forums.  He inherited this website from Harvey Berish about 10 years ago when Harvey's health began to declined.  Dave had originally designed the website for Harvey in the early 1990's to help him advertise his World of Pageantry print newspaper and the Hawaii Invitational pageantry festival that he helped organize and promote during spring break each year.  Dave would attend band competitions and submit photos and reviews for Harvey to use in the print newspaper.  Over time, the growth of the internet and Harvey's health took its toll on the print version of the World of Pageantry.  It has now evolved into an online resource for the pageantry arts. 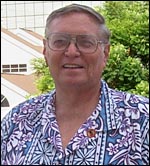 Harvey Berish moved to Southern California from New York in 1973 to join his family and immediately became involved in the local pageantry community.  He had worked with drum and bugle corps back in New York so it was ony natural.  He became the editor of a newspaper called Pageantry Press.  The owner of that paper retired a few years later, so Harvey founded the World of Pageantry, so the west coast would continue to have a first class publication covering the pageantry arts.  He also worked as a staff member for the Royal Cavaliers Youth Band, who won the 1975 VFW National Band Championship.  Then joined the staff of the Velvet Knights in Anaheim.  He served as announcer at many of the southern California drum and bugle corps shows.  Over the years Harvey helped many a group with their travel plans to southern California by assisting with housing, meals, equipment, transportation and performance opportunitities.  Many times meeting the units at their housing site at all hours of the day or night with a janitor in tow.  Harvey also attended many local competitions as a vendor, with his van full of pageantry souvenirs and newspapers for sale.  Many times Harvey would wind up with a microphone in his hand filling in for the show announcer. 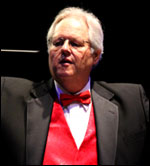 Dave Schaafsma performed as a tuba player with the Long Beach Junior Concert Band during the early 1970's.  He was also a member of the Cal Poly San Luis Obispo Mustang Marching Band and later with the Big Brown Music Machine at Long Beach State.  Dave became a music instructor and asistant director of the Long Beach Junior Concert Band.  In 1982 he became the assitant director of the Los Caballeros Youth Band.  In 1984 he founded and directed of the Sound Machine of the Inland Empire Youth Band for 16 years.  The bands he instructed captured more than 70 parade musical sweepstakes and high field show music awards.  He is a past member of the SCSBOA and a former judge for the old All-American Association of Contest Judges which later became Southern California Judges Association.  In fact, he judged Los Angeles County Fair Marching Band competition for seven years in the late 1990's and early 2000's.  Dave also spent several summers marching with senior drum and bugle corps, including the Kingsmen Alumni Corps exhibition at the DCI Semifinals at the Pasadena Rose Bowl in 2007.  Presently he is on the board of directors of the Pomona Concert Band and is the assistant director of the Ontario Chaffey Community Show Band here in Southern California.

The World of Pageantry covers the pageantry arts in the United States of America, specializing in marching bands, drum and bugle corps, color guards and drumlines on the west coast of the U.S.